2013 SPECIAL EVENT: The Judge Eghart House hosted a book signing, July 21, for “Where Time Stood Still” booklet, written by Bruce and Carol Bamberg.  Bruce Bamberg is a descendant of the Eghart family, and referenced family letters to write the book from the point of view of each of the Eghart family members.

2013 EXHIBITS: JULY 14 – SEPTEMBER 1. The people of the Victorian era were gadget lovers and highly inventive folks. During the last half of the nineteenth century, many of our everyday tools were invented, such as the Domestic sewing machine in 1861.

2013 EXHIBITS: MAY 26 – JULY 7. During the sesquicentennial commemoration of the battle of Gettysburg, the Judge Eghart House celebrated one of Port Washington’s best known Civil War heroes, Edward Blake.  Photographs and memorabilia of his life were on display.  This modest and fearless young man saved his regiment’s flag during “one of the fiercest fights of the whole war”.

2012 SPECIAL EVENT: Mrs. Eghart was known for her lilacs which she sold in Milwaukee.   There were many parties hosted outside in the warmer months. Several lilac bushes still bloom on the property each spring.  In 2012 we were honored to be a part of the Port Washington Garden Walk, on July 14.  We showcased our potted and cutting gardens. 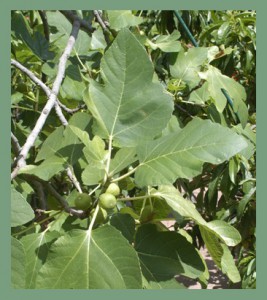 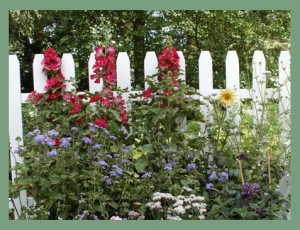 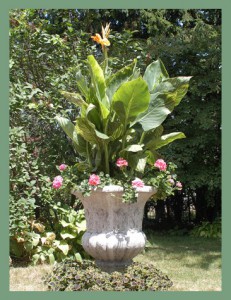 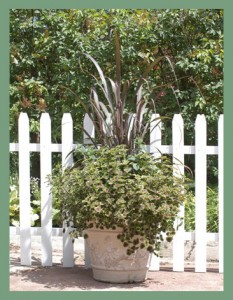 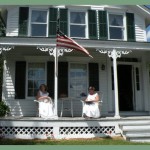 2011 EXHIBITS: AUGUST. Without Walmart nearby, the Victorians created their own home remedies and a sampling of these were on display.  Visitors could taste a blackberry cordial that promotes good health.  A local woman’s lovely navy blue wedding dress (not white, and you’ll learn why) was also on display. 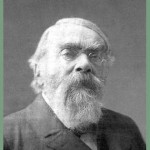 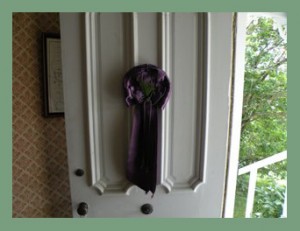 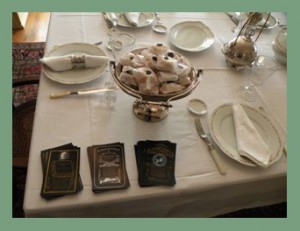 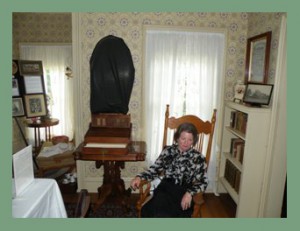 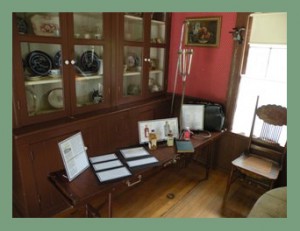 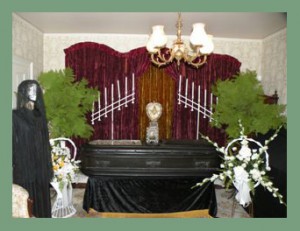 2011 EXHIBITS: JUNE.  On display were Lulu Mueller’s scrapbook of Port Star clippings, Broom Brigade Drill Team photo, and wedding gown that may have been typical of a middle class teenaged woman.

2010 EXHIBIT: On laundry day, the copper boiler on the wood-burning stove was filled with boiling water and the clothes were boiled until clean.  To get stains out of table linens and little boys’ knickers a washbowl with scrub-board on the kitchen table, basket of laundry soaps at the ready and a little elbow grease when needed.  In summer, the laundry would have been done in the summer kitchen, removed from the main house. In winter, the kitchen would have been very steamy.

The ironing board is set up nearby,  flatirons and a ruffle-making iron heat up on the kitchen stove next to a boiler full of simmering laundry.  When an iron grew too cool to press the linens and clothing it was replaced with a hot iron. The ruffle-maker was used to create ruffled borders to clothing and fancier linens.

In the1800s many clotheslines were stretched in the back yard to accommodate all linens that would be washed along with all the clothing.   Our Hydrangea bushes would also be useful.  Laundry dried outside was naturally whitened by the sun.  The drying rack could be used outdoors or indoors near the wood-burning  stove to dry or heat clothing, sheets or blankets. 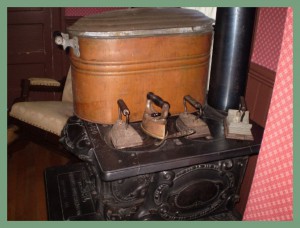 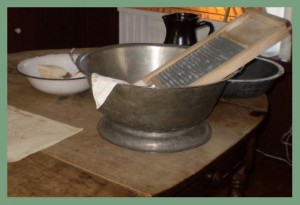 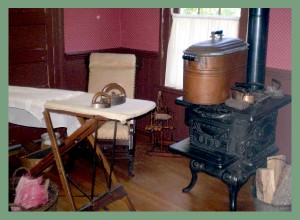 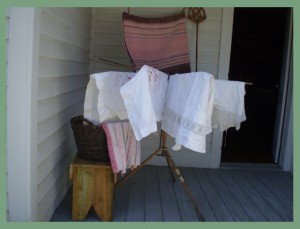 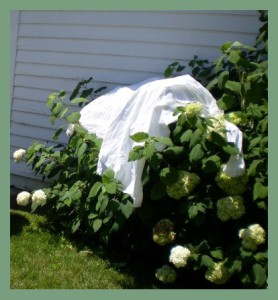